Pick where you wanna be for the countdown to 2018.. 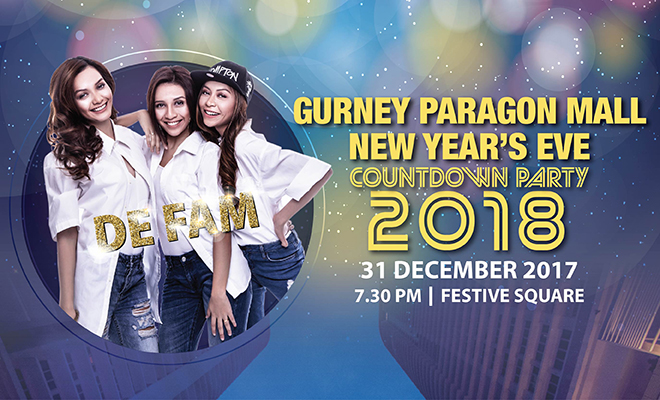 Prepare to be mesmerised by one of the biggest event of the year, a 5-hour-long New Year countdown marathon at Gurney Paragon Mall. Join the throngs of cheering revellers in Festive Square, Gurney Paragon Mall as the party atmosphere will reign supreme on the night and let’s welcome 2018 with a bang! 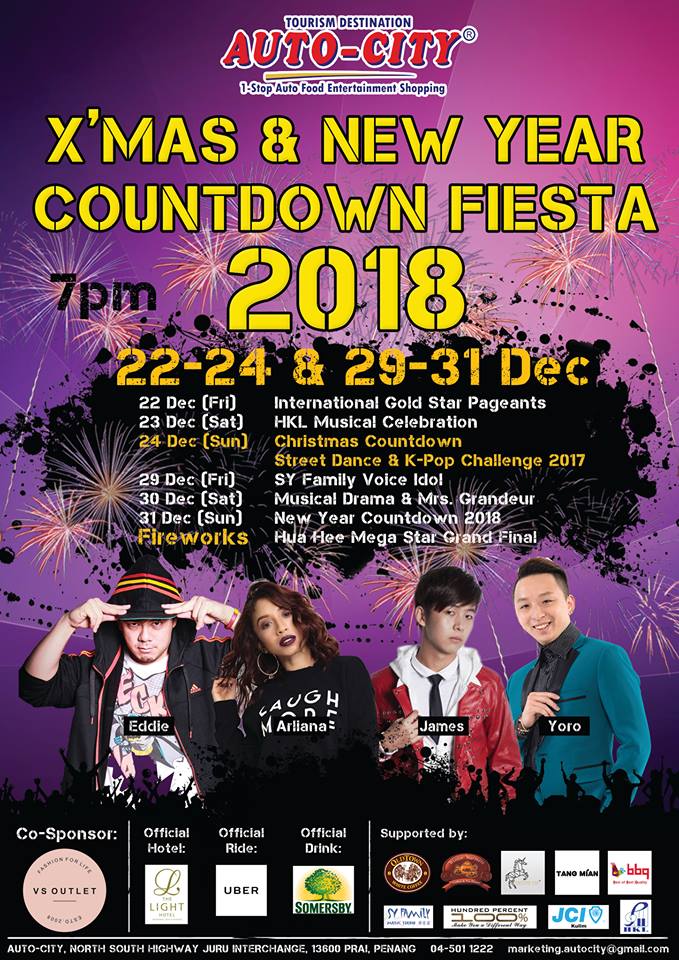 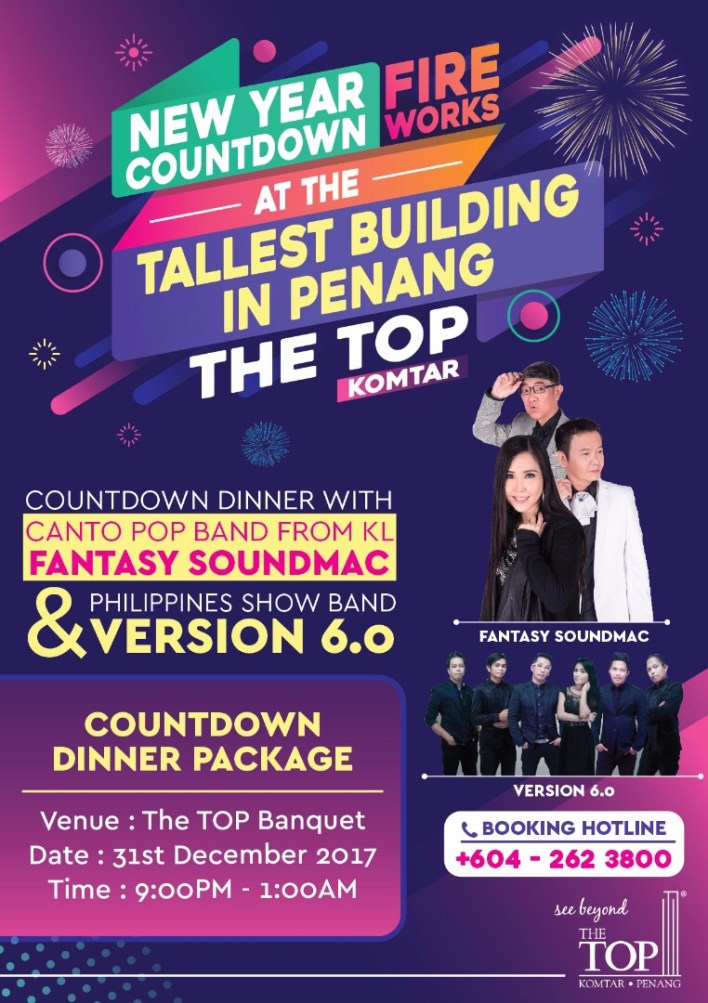 Be at the highest top of Komtar to oversee Penang Island moving into year 2018.  Catching fireworks from everywhere around island.

Call up for booking and price. 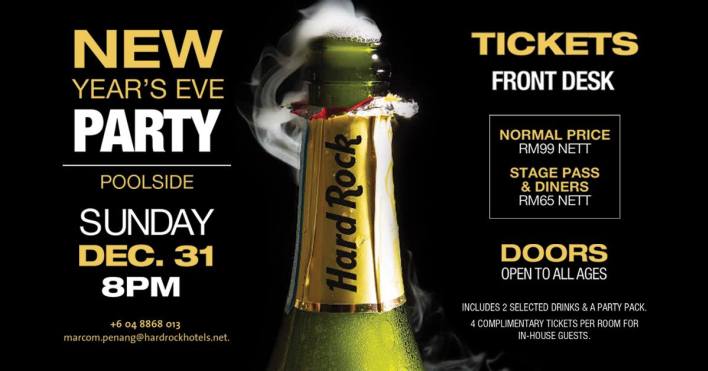